He made the mistake that I have often seen speakers do when trying to give a presentation in a foreign language — he tried to copy native speakers — and he failed royally.

He made the mistake that I have often seen speakers do when trying to give a presentation in a foreign language — he tried to copy native speakers — and he failed royally.

When giving a presentation in a language that is not your native language, there are two basic keys to being successful (these apply, by the way, to every presentation you give!), be authentic and establish the context of what you're saying.

When this colleague, a well-known presentation trainer and author, gave his first major speech in English, he decided to use the American rhetorical device of call and response. Call and response is when the speaker primes the audience to give a certain response on cue. For example, in the African-American church culture when the minister says "Say Amen!" and the congregation responds with "Amen!" Or when then President-Elect Obama would ask the audience a question, an the audience responded with, "Yes, we can!"

In the case of my colleague, neither he nor the audience was American (although the situation would have been much worse if he had tried this method with a bunch of Americans! They would have truly been insulted!) He started his first call and, dutifully, on the power point slide was the expected response. The audience, wanting to be supportive, hesitatingly said their line. He continued, and, not more than a minute later, the audience was expected to respond. After about the fourth or fifth response, the audience began to get agitated. People weren't quite as willing to assist as they initially were, and they genuinely wanted the talk to be over. They began rolling their eyes and talking to each other. He lost them.

What were the mistakes that he made? A simple answer might be to say that he should not have used a rhetorical device that didn't fit the situation, BUT THE DIFFICULTIES HE HAD DIDN'T HAVE TO DO WITH THE RHETORICAL DEVICE! He could have kept the call and response, even though it doesn't belong to his culture, if he had just put it in a context that the audience would have accepted. We'll talk about this in a minute.

And the second grave mistake that he made was that he did not establish the context for what he was trying to accomplish.

If in your speech you don't establish the context for a concept, an idea, or, yes, even a rhetorical device, you will lose or offend your audience.

I mentioned above that this speaker could have used the call and response rhetorical device if he had only put it in context. He could have not only used it, he could have thrilled his audience with it! Simply by taking a moment to frame the call and response into either an historical or, even better, a humorous context, he would have fascinated us and had us gladly participating in his game. Don't underestimate the power of context — especially when speaking in a foreign language or in a foreign culture.

The Voice for Leadership Trailer

Latest from the Blog

The Ties that Bind 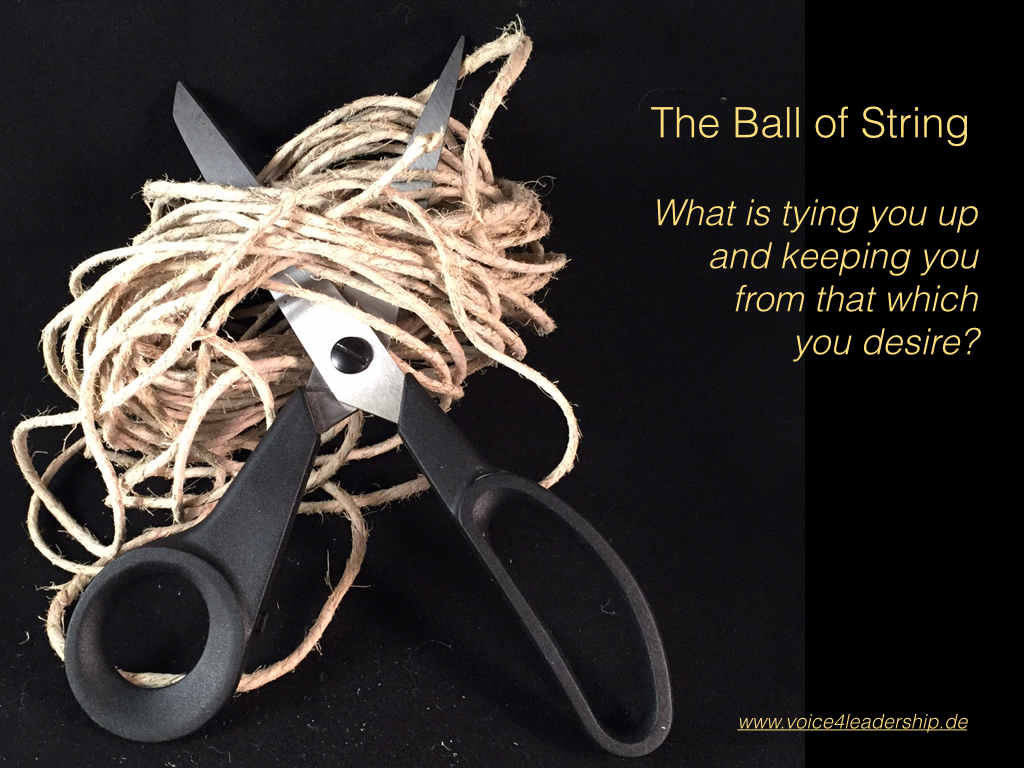 What is holding you back from your dreams?